You can now match users by email during import

Until now, it was necessary to match users by “User number” during import to Human Resources from Excel. The import did not add a new user but rather updated the existing user, if user in Excel had the same user number that already existed in Giriton. This ensures that even when repeating the same import, no duplicities will be created in Giriton. The consequence, however, is that the user numbers must not be changed in time.

However you may want to change the user numbers in some cases, for example when you want to “import new user numbers to existing users”. This is now possible because the importer of users offers the choice of the key which will be used for users pairing. You can choose User number or Email.

At GIRITON we are constantly working on improving the whole system. On our blog you will always find an up-to-date list of news and things we have added to the system. 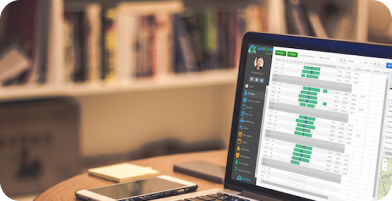 Integration: View your own web applications as agenda in GIRITON web app